Using Laser cooling, NASA is about to create the coldest temperature in the Universe

Since ancient times, the absolute zero temperature concept has always been a source of fuel for the scientific community. This is the temperature near which all molecular motion ceases i.e. it loses most of its vibrational motion and possesses only quantum mechanical zero-point energy (the lowest possible energy) induced particle motion. Having a plethora of applications in quantum mechanics, scientists, over the years have used the absolute zero temperature to make breakthrough discoveries such as superfluidity and superconductivity. Owing to that, the Jet Propulsion laboratory has recently devised a system that will create a spot 10 billion times colder than the vacuum of space.

Can you feel the chill? Humanly, that will probably never be possible. However, named as the Cold Atom Laboratory, a payload bearing the size of an ice chest was, recently attached to the Orbital ATK's Cygnus spacecraft that will arrive at the International Space Station on May 24 to meet the same goal. The primary objective of this system is to inspect ultra-cold quantum gases in the microgravity environment of the ISS. CAL will create an almost-impossible near to absolute zero temperature in the microgravity environment with ease and then will use lasers and magnetic forces to slow down the atoms until they stop. 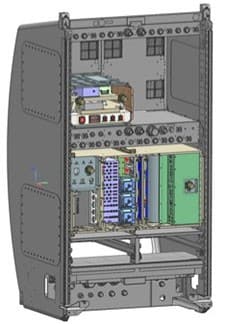 In a crude sense, this atom cloud is known as the Bose-Einstein Condensate where a large fraction of bosons ( a subatomic particle that follows Bose-Einstein statistics ) occupy the lowest quantum state and the related microscopic quantum phenomena are evident. The state is achievable on earth but for a fraction of a second since the gravity pulls it off. That is the reason, the research team chose the microgravity environment where the observation time is over 10 seconds and the temperature can go down to 100 pK.

This will be the longest appearance of BEC achieved till date. Ever heard of superfluids? It is a specific characteristic of fluids with zero viscosity that basically makes them behave weird enough to climb up, defying the force of gravity. The BEC, also known as a superfluid, will open doors to new quantum explorations. 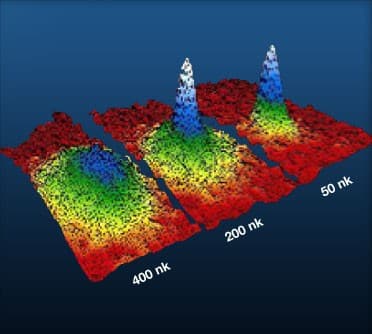 The system will further investigate different areas of superconductivity such as superconducting quantum interference devices (SQUIDS), laser-cooled atomic clocks and atom interferometer-based sensors. Also, it may cover a huge step towards understanding the intricacies of dark energy.

The same spacecraft will also bear experimental set-ups for emergency navigation and DNA sequencing, along with the ultra-atom cooling technology mentioned above. The validity for a handheld sextant in a deep space journey will be investigated by the team whereas Biomolecule Extraction and Sequencing Technology (BEST) will spot microbial organism living on the space station and find out the impact of microgravity in human, plants and microbes DNA. The spacecraft started off its ninth cargo mission via Antares 230 rocket from NASA's Wallops Flight Facility in Virginia under NASA's Commercial Resupply Services contract on May 21.