Optic fibre cables can now figure out what kind of medium is surrounding them. The newly developed technique can be deployed with existing optic fibre cables in gas pipelines, bridges and buildings.

An optic fibre cable carries information in the form of light pulses. The light passing through the cable varies based on intensity, phase, polarisation and also the wavelength.

These parameters are affected when the fibre is stretched or the surrounding temperature changed.

Researchers at ÉCOLE POLYTECHNIQUE FÉDÉRALE DE LAUSANNE aka EPFL have developed a new technique that makes use of sound waves generated inside the cable. A hyper-frequency sound wave is bounced off the walls of cable that's just as wide as a strand of hair.

The echo of the wave leaves an impression on the light passing through the cable which can be measured when the light comes out. The impression itself is so faint that it doesn't disturb the data flowing through. 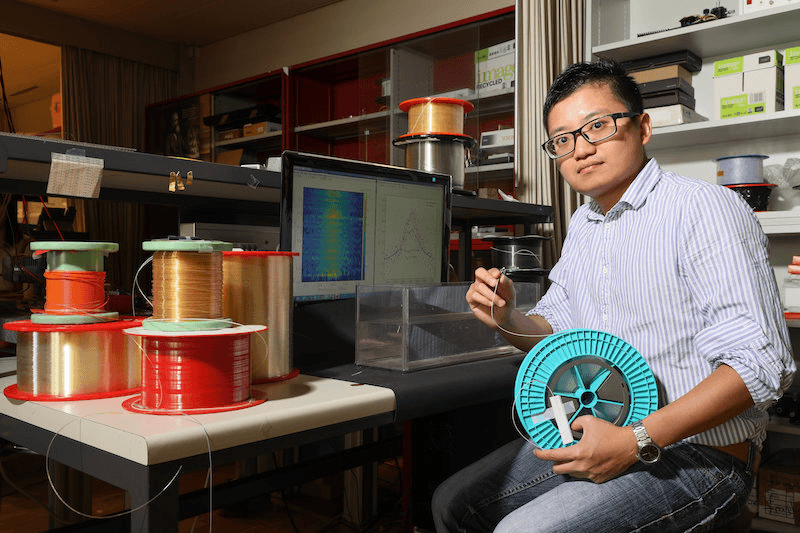 EPFL researchers tested their technique by immersing the fibre cables in water and then in alcohol. The cables were then left exposed to air. The changes to the light passing through the cable were then measured and each time, they could identify the change in the surroundings.

Lead reseracher, Luc Thevenaz of the Group of Fibre Optics aka GFO explained that by knowing what kind of surroundings the cables are passing through, it's now possible to use the existing cables as sensors.

At this time, the technique can be used to detect water leakages surrounding the cables. They can also determine the density and salinity of the fluid that comes in contact with the fibre cable. The potential applications are many, across several industries.

At this time, the team is working on improving the accuracy of the technique to detect disturbances within one meter.