A research team from IAS and NASA have recently revealed the presence of liquid water in the south pole region on Mars.

Mars is the new destiny of human evolution, as it seems, the earth will soon be an inhabitable place in the not-so-distant future. Starting from science fiction to advanced research, humans have started to express their deepest interest in colonizing the red planet. Influenced by the global warming phenomenon or human's natural instinct to takeover unexplored territories, whatever you choose to believe, over the years, the entire scientific community grew immensely optimistic about planetary research. In a bid to amplify our knowledge, one of the most celebrated space research laboratory a.k.a Jet Propulsion Lab has recently published a report which suggests that liquid water may be placed under a layer of ice at Mars' south pole.

Needless to say, this is not the first time when NASA has made such astounding revelations about our neighbor planet, but this one bears a significant potential to push forward the related research. Primarily driven by the European Mars Express spacecraft and analyzed by MARSIS (Mars Advanced Radar for Subsurface and Ionosphere Sounding), a radar instrument, the data is reported for the first time in Science this week. 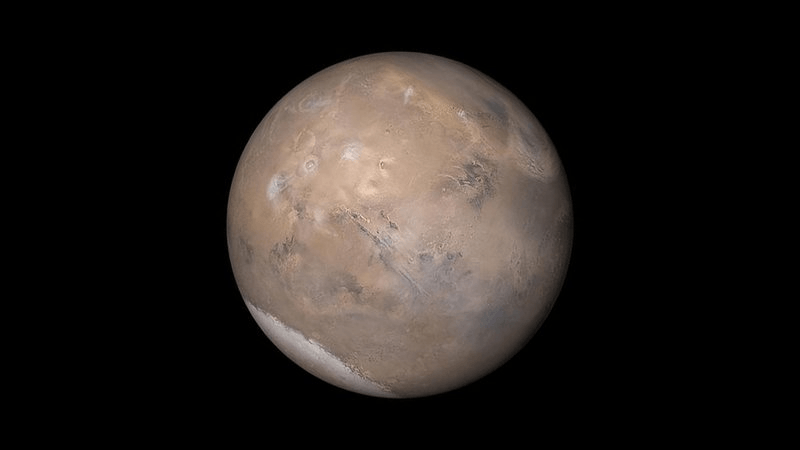 The project was accomplished with the help of a collaboration between the Italian Space Agency (ISA) and the National Aeronautics and Space Administration (NASA). While ISA's major contribution was counted through the development of MARSIS radar, NASA supplied 50% of the instrument. One of the key roles of NASA's Jet Propulsion Laboratory in Pasadena, California was to manage the US-specific sections pertaining to the project.

What did the team report on the paper? The Italian MARSIS team has claimed to notice outlines of a "bright spot" via radar signals about 1 mile (about 1.5 kilometers) below the surface of the ice cap in the Planum Australe region. The scientific minds have discerned the strong radar reflection as liquid water, which is one of the main sources to manifest life in the universe.

According to Jim Green, NASA's chief scientist, MARSIS' data is one of the most intriguing features that has ever been recorded. However to validate it or to strengthen the current findings the team has decided to send a second batch of instruments, starting this year.

The next set of instruments to be sent to the land of Mars will hop on the InSight lander which would include a heat probe that can go down to 16 feet (5 meters) below the Martian surface. Developed by German Aerospace Center (DLR), the probe will quantify the amount of heat escapes the planet and discover the place in which liquid water could sustain near the surface.

Currently, with "Follow the Water"  mission in mind, NASA is stressing on deep space exploration into the outer solar system, where ocean worlds similar to Jupiter's moon Europa and Saturn's moon Enceladus can support foreign life. On an ending note, the Jet Propulsion Lab has mentioned that protoplanets like Ceres can explain the mechanism of rocky "buckets" to store and transport water across the solar system.