Prof. Abhijit Chakraborty and his team at PRL discovers a planet with a mass 27 times that of Earth using PARAS spectrograph.

Indian researchers at Physics Research Laboratory (PRL), for the first time, have succeeded in detecting a planet revolving around a star. Only a handful of countries have been able to achieve such a feat and now India has also become one of them. Indian Space Research Organization (ISRO) has announced this discovery on Friday and has also given insight into this important discovery.

Prof. Abhijit Chakraborty and his team at PRL are the principal researchers behind this discovery. They have detected a sub-Saturn or sub-Neptune like planet revolving around a Sun-like star. The mass of the planet has been estimated to be around 27 times the mass of the Earth whereas its radius is estimated to be 6 times that of the Earth. The planet is situated very near to the star and takes only 19.5 days to complete a full revolution. The surface temperature is quite high and is estimated to be around 600 degree Celsius.

The planet has been discovered using an indigenous spectrograph known as PRL Advance Radial Velocity Abu-sky Search or PARAS along with a  1.2m Telescope. The instrument is installed at PRL Gurusikhar Observatory in Mount Abu, India and is the only instrument in India which is capable of measuring the velocity of a planet revolving around a star. 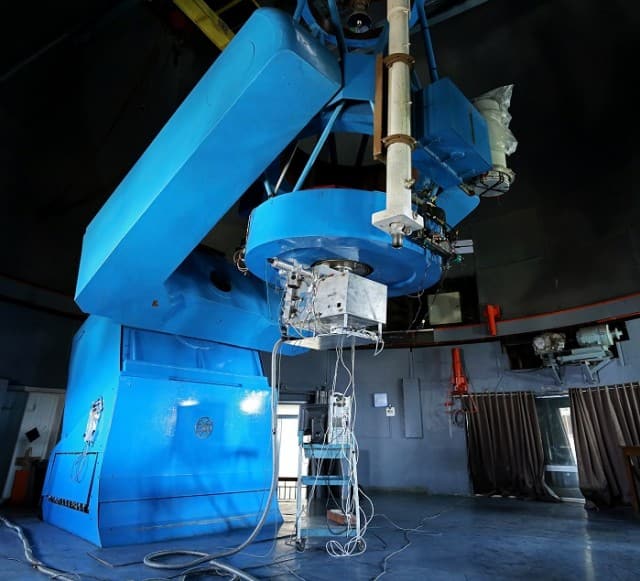 The star is situated around 600 light years away. It has the name EPIC 211945201 (K2-236) and thus, the planet has been given the name EPIC 211945201B (K2-236B).  The planet's environment is not suitable to support any kind of life forms, however, its size and mass are what holds the importance. Indian researchers have detected this planet and have estimated its mass and size with more than 50% precision. This resulted in the inclusion of the planet in the list of other detected exoplanets that have a mass of 10-70 times the mass of the Earth and 4-8 times the radius of the Earth. Only 22 such exoplanets have been detected till date and this latest discovery makes the count to go to 23.

Researchers at the PRL believes that the discovery of such planets will help them to study the formation of sub-Neptune or sub-Saturn like planets. The research will be published in the Astronomical Journal later this month.