Indian researchers create an artificial leaf that converts carbo dioxide to a biofuel.

Researchers at the Indian Institute of Science, Bangalore have found a novel approach to produce energy by using sunlight and carbon dioxide. By using a collection of quantum dots made up of Copper Aluminium Sulphate and Zinc Sulphide, researchers were able to convert salts of carbon dioxide under visible sunlight. The research provides a breakthrough in using carbon dioxide as a source of fuel and thus, has a potential to reduce the carbon footprint and carbon dioxide emission throughout the world.

The researchers took their inspiration from the plant leaves which via a process of photosynthesis produces chemical energy and oxygen using carbon dioxide under sunlight. The plants have chlorophyll inside their leaves which absorbs typically the red rays from the sunlight and traps excited photons to perform the process of photosynthesis. The sunlight, however, has green and blue rays as well in large quantity which is not at all utilized by the leaves during the photosynthetic process. Researchers, thus, started to look for elements that can absorb these rays and can mimic the photosynthetic process with higher efficiency. 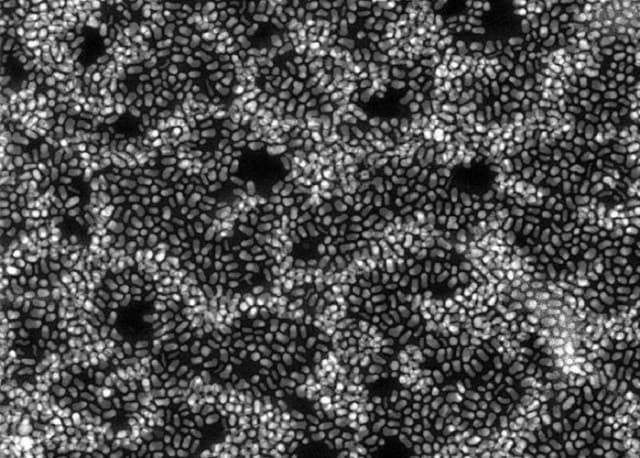 Micro-Structure of the 'Artificial Leaf'

The team found Copper Aluminium Sulphate and Zinc Sulphide quantum dots as the ideal candidate because they have better conductivity and are biocompatible and inexpensive in nature. By using these quantum dots, they were able to significantly improve the energy conversion process by up to 20% compared to a natural leaf that is capable of only 1% of the incident energy conversion. They named their materials as 'artificial leaves' because of their ability to perform photosynthesis and similarity of their microstructures with that of a natural leaf.

Researchers were also able to synthesize a Sulphate based biofuel using this method which supports 100% combustion with recyclable carbon dioxide emission. Biswajit Bhattacharya and his team at IISC are the main researchers involved in this work. Their paper has been published in the ACS Energy Letters and have also received a patent for the above research.