HDFC NetBanking system is busy processing heavy load from currently logged-in customers, request to try after some time - the standard message is being shown to the customers.

If you are an HDFC bank account holder and trying to login to the net-banking system - you're out of luck. It looks like HDFC Bank's servers are experiencing issues and are unable to handle user logins. As of now, a standard message that says "HDFC NetBanking system is busy processing heavy load from currently logged-in customers, request to try after some time. Thank you for your cooperation." is being shown upon failed login attempt.

According to the reports in the social media, the HDFC server issues began on December 2nd as several companies tried to process salaries for their employees. 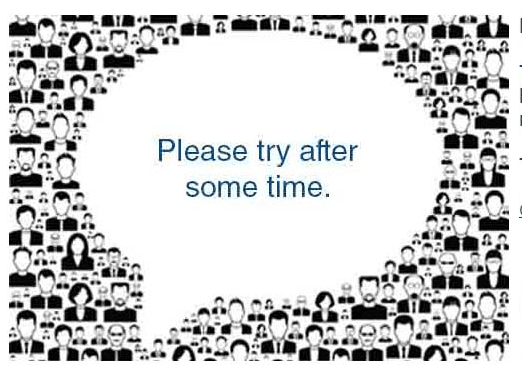 We learned that the mobile app and UPI transactions have been affected as well; but were not able to confirm the same.

HDFC has officially acknowledged the issue and assured that they are resolving the issue. The official statement from HDFCBank reads "“Due to a technical glitch, some of our customers have been having trouble logging into our net banking and Mobile Banking App. Our experts are working on it on top priority, and we’re confident we’ll be able to restore services shortly. While we deeply regret the inconvenience caused, there’s no cause for undue concern”.

In the mean time HDFCBankDown hashtag has trended on twitter for some time as several HDFC customers expressed their frustration on the social media.

Update: We tried logging-in to HDFC Netbanking interface and it worked once for us. It looks like the system is being restored for customers in parts.