"Focus on your end goal from the beginning"- Rune Malmskov Dittmer,Founder -Press Play

CrazyEngineers Staff · 26 May 2015
Founders Circuit Team
"At the end of the day you won’t be happy until you put out our own work. Which is also why you should be prepared to live on a stone for a few years."
- Rune Malmskov Dittmer, Press Play

Based in central Copenhagen, Press Play is a game development studio founded in the year 2006 by Rune Malmskov Dittmer. The company has to date brought more than twenty games to multiple platforms for clients, publishers and others. Press Play was acquired by Microsoft Studios in the year 2012. They specialize in Game Designing and Programming.

Check out his interview to know more about Press Play, their six year long journey before they were acquired by Microsoft in 2012, the lessons Rune has learnt as an entrepreneur while starting, building & developing Press Play, their beliefs and a lot more! Read on! 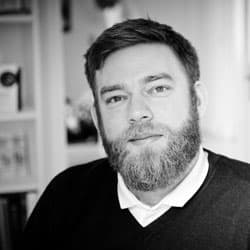 CE:  Can you tell the readers about the background of Press Play?

Rune: We were three friends who started the company out of university as we were sure nobody were able to provide us with the job we wanted. That's why to this day Press Play is about having fun at work.

It’s important for us to always keep a broad perspective when considering different target groups for our games. Gamers are not just one type of person, but can be found amongst all types of people.

CE: How was the six year journey of Press Play before being acquired by Microsoft in 2012?

Rune: The journey has been fantastic: Hard work, but also exciting. It’s fun to start your own company, see it grow and succeed in putting games out that reach an international audience and get wider recognition. The process also requires lots and lots of work. You dedicate a lot of time to making sure that all the ends meet.

CE:Tell me about a time when you felt company leadership was wrong. What did you do at that time?

Rune: Luckily I don’t feel we have been in such a situation.

CE: Where do you see Press Play five years from now?

Rune: Pretty much where we are now I think – presumably somewhat bigger. Press Play’s big move happened when we joined Microsoft. In the years to come we will continue to do very much the same type of games we are doing now, and we will continue to do what we always strive for: Making great and entertaining games for a wide range of people.

CE: Could you share the lessons you've learnt as an entrepreneur while starting, building & developing Press Play?

Focus on your end goal from the beginning. If your dream is to create your own games and publish them, don’t bother making revenue from creating games for others. At the end of the day you won’t be happy until you put out our own work. Which is also why you should be prepared to live on a stone for a few years.

CE: How difficult has it been to delegate maximum responsibility and control over work-situation to every team member at Press Play?

Rune: It hasn't been difficult. It’s a Press Play strength that we employ self-motivated and highly capable grown-ups that in all scenarios will always assume full responsibility for their own work.

CE: You believe that “work hard – play hard” is not for people at Press Play. Can you please elaborate on the same?

Rune: For many game companies the workplace culture is powered by a strong mix of young men’s enthusiasm and sense of “gamer brotherhood”. Here the hours are long, and people feel obligated to spend much of their spare time at the office with co-workers playing games. That is not for us. Press Play is not that kind of place. We are about being grownups and taking responsibility for ourselves and our work-life balance. We work hard, focused and dedicated when we are here, but in return we get off work when we go home.

CE: Tell me about a time when you had to slog your way through a ton of work. How did you get through it?

Rune: At the time we were finishing Max and the Magic Marker in November/December 2009 we were very busy. We had a fairly long period where we all worked overtime every day. Stubbornness and determination to win got us through, but also a private life that allowed for it. This was six years ago though, and as I mentioned this is not how we work anymore. We learnt from that experience.

CE: Thank you for the time you spent with CrazyEngineers. Any message for our readers?

Rune: If you want to start your own company do it with your best friends

Celeste Baine - Engineering as a Profession