"Learning online is more convenient, but it's not more effective." - Michael McGee, The Starter League

CrazyEngineers Staff · 30 May 2014
Founders Circuit Team
"Entrepreneurs are focused on solving problems rather than complaining about them."
- Michael McGee, The Starter League

The Starter League is an in-person school started in Chicago that teaches beginners how to code and design web applications in just 3 months.

The Starter League started when Mike McGee was offered his first real job to work at "Obama for America". Surprisingly, Michael turned the offer down. Alongwith Neal Sales-Griffin, his friend at Northwestern University, Michael planned to launch a startup. Neither Michael nor Neal knew how to code and they spent one year learning how to code themselves. And this is how the duo ended up launching The Starter League to teach others how to code.

In an exclusive interview with CrazyEngineers, Michael McGee talks about The Starter League, his co-founders (Neal Sales-Griffin and Jason Fried) and their journey ever since. Michael shares with us his learning experiences and what made him decline "The President's" offer. Read on! 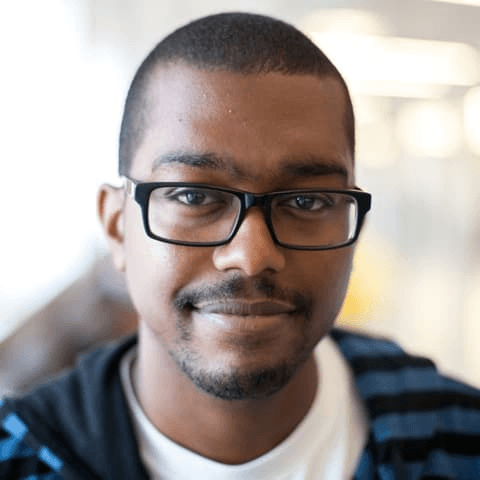 CE: Could you please tell our readers more about The Starter League?

Michael: The Starter League is a school for building confidence. We do that by teaching software development and entrepreneurship to people who found it difficult to learn on their own.

We believe that people should be creators instead of complainers. Over the past 3 years, we've been able to teach 1,000+ how to build web applications and start companies.

CE:  How did the team (Neal Sales-Griffin, Jason Fried and you) get together?

Michael: Neal & I have been huge fans of Jason Fried, David Heinemeier Hansson, and Basecamp (formerly known as 37Signals) for years. Neal first met Jason in 2011 at a Ruby on Rails class at the Basecamp offices. Jason was sitting in front of Neal, and after the class Neal introduced himself and told Jason about the school idea we had just started working on.

Jason told Neal to stay in touch and from then on we would send him and David email updates on our progress. A few months later we launched our website to get applications, and Jason sent a tweet one Friday afternoon that resulted in 15 applications coming to our inbox!

On our first day of class, we surprised our students by bringing in David for a special lunchtime Q & A. You can't beat bringing in the creator of the web application framework we were teaching to our students! 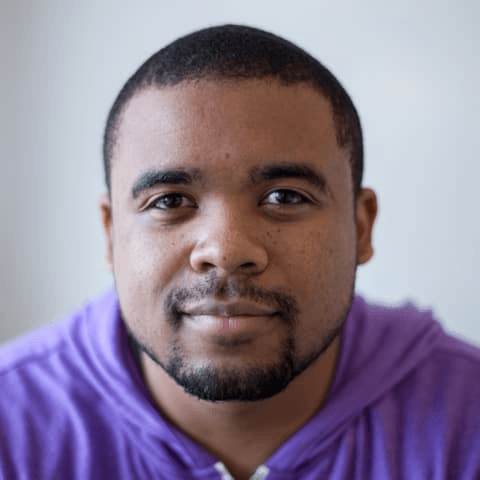 CE:  How did you find inspiration to start The Starter League?

Michael: The Starter League was born out of a personal pain that Neal & I experienced for a year. We were teaching ourselves how to build web apps, but it was extremely difficult to learn online. We didn't want anyone to go through what we went through to learn as little as we did.

We thought we could create an in-person experience that would teach beginners in 3 months what we learned in one year. And that's what we did.

CE:  When your were offered your first job, you declined the offer and decided to launch a startup. Instead of looking for a technical co-founder, you learnt coding. Tell us more about it.

Michael: We were gaining a ton of momentum for our school idea when were stopped in our tracks by an offer to work for the President of the United States. One of our friends (Harper Reed) had just been named CTO of President Obama's re-election campaign, and he wanted us to work with him.

For about 3 weeks we debated each option. One was a chance of lifetime to help re-elect the most powerful man on the planet, and the other option was to build an idea that was three weeks old.

We went with the latter.

While that seems crazy to most (and trust me, it did to a lot of people we talked to) we knew it was the right decision for us. We were extremely passionate about building this school, and we wouldn't have been able to live with ourselves if we didn't do everything in our power to make it happen.

CE:  How difficult according to you is it to train students to code?

Michael: With our teaching style & environment, it's not difficult at all! This doesn't mean our students are spending 100% of their time on Easy Street, but we have developed a system to take beginners from zero to shipping an app in a matter of months.

CE:  The Starter League has graduated around 1000 students from more than 35 states and 20 countries till date. You have students who have travelled thousands of miles for this program. How did you get this exposure?

Michael: We didn't have money for paid marketing, but we did have a strong community in Chicago that wanted us to succeed. When we launched our website, Twitter was a huge boost to us. First, we didn't have to pay to send a tweet! Second, our tweets spread all over the world in less than 24 hours. The first day we launched we were receiving requests to start schools like this in San Francisco, Seattle, NYC, London, South Africa, etc. It was amazing to be validated so quickly.

Once we started the school, our exposure came through our students. When students had great outcomes, they shared their experiences with friends, family, and co-workers, telling them that they should come to The Starter League too. That's when the avalanche started.

CE:  You trained yourself for one year using social media. How is learning from social media different from learning at The Starter League?

Michael: We started by typing in "learn how to code" in Google search. We learned a ton through online resources and books during our first year of studying, but the experience was not even close to what we wanted.

The most important learning to come out of this experience was that we knew how we didn't want to learn moving forward. So we just looked at all the crappy things we had to go through and reverse-engineered them to create our school.

Learning online is more convenient, but it's not more effective. The Starter League only teaches in-person, and that creates a more focused learning environment which creates better outcomes.

Learning from a real instructor

For about 98% of the online learning experiences, you are not interacting with anyone. You are following a tutorial, watching a screencast, or just following a set of instructions. Now if you are trying to unclug a toilet that might be all you need, but when you are trying to learn programming, this method is not as effective.

We wanted to learn from a real instructor that had experience building products but also knew how to communicate to beginners. Being able to ask a question and get a response immediately creates a much more dynamic experience than learning online.

Support from your peers

The biggest issue with learning online is that you are alone. There's no one to support you during your journey, and that can be more difficult than a particular bug in your code. The most important thing at The Starter League is community. Being surrounded by people who are passionate as you to learn how to make their dreams come true is inspiring! 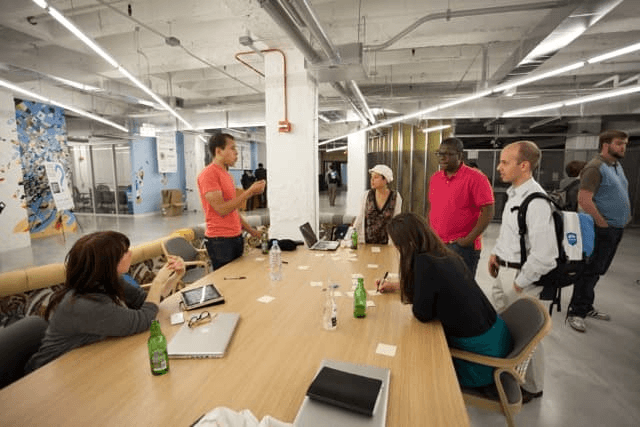 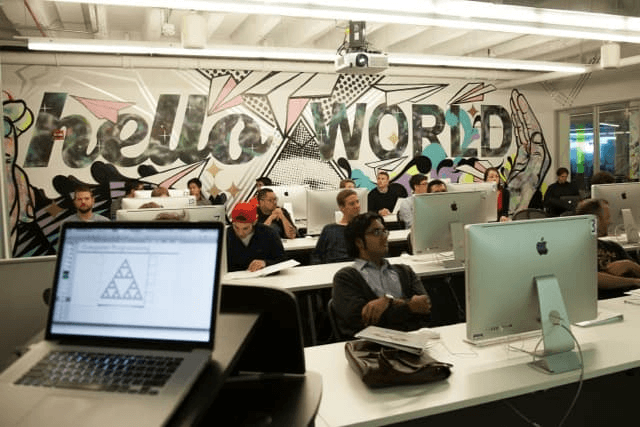 The Starter League Team and Office

CE:  You took one of the most difficult decisions by letting down the opportunity to work for President Obama's Presidential Campaign. You stuck with your idea of starting a school that teaches how to code. How did you manage to let go of all the opportunities offered to you?

Michael: There are thousands of people who would jump at the opportunity to work for the President of the United States. And while that was a great honor it wasn't something that we feel uniquely qualified to do. We were however, uniquely passionate about creating a school for people like us to build web applications and start companies.

Having this strong belief made it easy for us to focus.

CE:  If you could describe being an entrepreneur in one sentence, what would it be?

Michael: People who are focused on solving problems rather than complaining about them.

Michael: If our story resonates with you, and you are ready to make the leap into learning how to build products and start companies, you should consider Starter School (https://starterschool.com). This program was built to take people from zero to entrepreneur in 9 months.

If you're interested in learning more, email me at mike@starterschool.com

"Perseverance and tenacity are the driving factors behind the success of a startup." - Team,VIRES Ae...