CrazyEngineers Staff · 09 Feb 2016
Founders Circuit Team
"Our brand in student community is so popular that we did not have to spend a lot on marketing. We are able to scale fast by offering services in different languages and quickly bringing coaching classes on our platform."
- Bhola Meena, OnlineTyari

After completing his B.Tech in Computer Science Engineering from IIT Kanpur, Bhola Ram Meena joined Microsoft and worked there till for close to 7 years. In September 2011, after leaving the company, Bhola started his first startup for online car rentals called 'GetMeCab' where he operated as the CTO. After 2 years of successful run, they decided to sell GetMeCab to a bigger cab aggregator. Poised about solving real problems, Bhola got together with Vipin Agrawal (an IIM-A alumni and an angel investor) to start OnlineTyari.com - a test-prep platform that operates in multiple regional languages and focuses on mobile learning.

The funds are going to be used for the expansion of their team to a total team size of 150-200 so that they can spread their wings to cover about 10 major vernacular languages and for online marketing. The company has grown to its current stage purely via word-of-mouth. Their app has about 2.5 million downloads and they receive ~ 2.6 lakh daily active users across all platforms. The firm claims that they have a 35-55% monthly growth rate and have crossed the 1 million mark in turnover.

In an exclusive interview with us, we got Bhola Ram Meena, the Co-Founder at OnlineTyari to talk about his early years, how he took a leap into the startup world. their team at his new startup and a lot more! Read on! 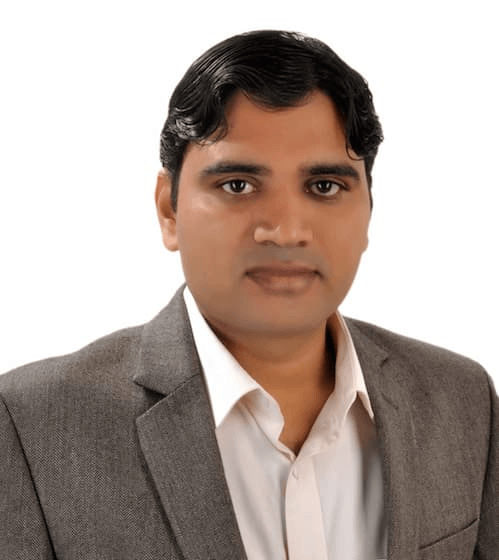 CE: Tell us about your growing up years and family background? Are you a first generation entrepreneur?

Bhola Meena: I am from a town near Kota, Rajasthan. Most of my relatives are in government services. Kota being IIT preparation hub influenced my career and did My B.Tech in computer science from IIT Kanpur. After IIT, I went to Microsoft and worked there for 6 years. No one in my family thought that I will quit my well paid job to start GetMeCab, my first start-up.

CE: How would you describe your journey from IT world to being a startup owner?

Bhola Meena: Microsoft is a product based company where I got chance to work on many new products. I was always excited about new products, new ideas. I regularly read technical news and was following many start-ups.

Start-ups like FlipKart influenced me to go for challenging work and change people’s life by solving their problems. Both of my start-ups were focused on reducing pain points. GetMeCab tried to solve the cab hiring process. Similarly, OnlineTyari is solving the pain points about discovery of relevant study materials for test preparation.

CE: Tell us more about your other startup - GetMeCab.

Bhola Meena: In 2010, hiring a cab was very painful. My IIT-K batch-ate Udai Singh Meena who was working at MakeMyTrip did initial surveys and came with plan to organize cab industry. We both left our jobs to start GetMeCab.com. We were focused on inter-city cab booking and later on successfully sold this company to another player in the cab industry.

CE: What was the motivation behind starting OnlineTyari?

Bhola Meena: Since college days, finding relevant study material was a problem. We mostly relied on Google to search and find it. Our pilot project around it had a good response. At the same time, my IIT Kanpur batchmate Vipin Agarwal (CEO of OnlineTyari) was working on digital education project.

Our discussion around potential of mobile focused education led us to start OnlineTyari. Our vision is to organize job related exam preparation market under one brand using existing coaching classes, teachers and publishers.

CE: What kind of research went in behind before starting OnlineTyari?

Bhola Meena: We researched market size which was quite big as crores of students prepare for exams. Age group of 25-35 years is our target segment as it looks for good jobs and build skills to better opportunities. Mobile phone provided us platform to reach millions of students.

CE: What challenges did you face in initial days of running OnlineTyari? How did you tackle them?

Bhola Meena: We faced many challenges in initial days. We had to manage in limited budget. Hiring good talent was another problem. We started our operation from Jaipur to limit costs. We focused on organic traffic to increase user base. ESOPs were given to good talent to retain them.

CE: Who are the biggest competitors to OnlineTyari? How does your startup differentiate itself from others in this space?

Bhola Meena: Education is a big market in India. Test preparation is one major segment in it. There are some funded companies which provide online test preparation like Toppr, MockBank.

Unlike other companies, OnlineTyari does not build its own content. We source best quality content from different coaching classes.

CE: Tell us about the different packages and services OnlineTyari is offering. How do you go about pricing your services in this competitive market?

Bhola Meena: OnlineTyari provides end to end solution for test preparation. We provide daily updates, student community access and study materials. We sell mock tests, e-books and practice question packs to students. All our content is optimised for mobile devices. In education sector, pricing depends on quality of content. We try to offer best content and price it accordingly.

CE: Where is OnlineTyari office located? How do you go about hiring?

Bhola Meena: We have two offices. One in Gurgaon and other in Jaipur. Recently OnlineTyari was named in Top 100 start-ups to work for by SutraHR survey. We hire best talent from market. We believe in grow-together model where employees and company grow together.

CE: OnlineTyari has raised funds of Rs. 5 Crore from angel and VC investors. How did you go about approaching these people? What was your differentiator?

Bhola Meena: OnlineTyari is leader in online test preparation market. Over 25 Lakh student have prepared through our app and website.

Our brand in student community is so popular that we did not have to spend a lot on marketing. We are able to scale fast by offering services in different languages and quickly bringing coaching classes on our platform.

Recently, investors are easily approachable in India. One need to have good team, execution capabilities and long term vision to get funding.

CE: How big is OnlineTyari at the moment in terms of clients, customers and other numbers?

Bhola Meena: We are 75+ team. OnlineTyari is already the biggest test platform in India. We have over million monthly active students. In December 2015, 100 million minutes were spent by students on OnlineTyari platform.

CE: How do you plan to scale up from here? What are you future plans for growth?

Bhola Meena: We plan to hit 10 million active students by end of 2017. We will bring test preparation in all major languages. We plan to cover all state level exams on our system.

CE: Within just one year of launch the OnlineTyari app got 2.5 million downloads. How were you able to achieve this milestone?

Bhola Meena: We keep students at the center of our services. Word of mouth is our main source of growth. We were first to offer mobile optimised contents. We provided content in Hindi and Marathi which is first choice of preparation for many students. Most of our growth came from Tier-2/Tier-3 cities.

CE: Any message to your readers aka engineers and wannabe entrepreneurs?

Bhola Meena: Believe in yourself. You can build the next unicorn in India. Don’t go behind any wild idea. Look for ideas which solve customer problems and provide unique benefit to them. Start-ups are next growth engine for India. They can provide jobs to millions of Indians. It is a decision between going for a job and creating many jobs for others. Choose wisely.