CrazyEngineers Staff · 26 Oct 2015
Founders Circuit Team
""It's the combination of diversity in thoughts, beliefs and a strong team bonding that really makes us the most promising young company.""
- Ayush Banka, Leaf Wearables

Delhi boy Ayush Banka has a passion for electronics and he has been a bright student all his life. Ayush did not want to continue doing the family business and so he became an electronics engineer by choice. He had developed love for science in 6th standard, when he first read the concept of 'resonance'. From the age of 9, Ayush had started tweaking with the electronics and his love for science and mathematics only grew with passing years. He cracked all the major competitive exams in 12th standard and joined DTU (Delhi Technological University) with majors in Electronics. Ayush's first internship was in a robotics firm named Omnipresent Robotics where he worked on cutting edge technologies like Unmanned Aircrafts, Quad-copters and also developed a voice controlled wheelchair.

When in 3rd year of his engineering college, Ayush and his four friends aka Avinash Bansal, Chiraag Kapil, Manik Mehta and Paras Batra decided to start their own venture. They started calling it 'Leaf Innovation'. Their vision was to solve imperative problems in society by leveraging the strength of technology.

Initially, they started working on a project that could build solar WiFi cities. They got the prototypes ready and were looking forward for their first installation. Much to their disappointment, that idea didn't work out as Government rules and regulations were very strict.

During this time, Paras came up with an idea of solving the long prevailing problem of women's safety. It so happened that, Paras used to live in Munirka, the area where the infamous Nirbhaya rape case took place. He always had the urge to do something about it. Having a strong and understanding team, he brought the idea to their team of 5, rightfully called 'The Pandavas'.

The problem that he came up with was related perfectly to the team's vision. Therefore they developed their first product called 'SAFER' - smart jewellery for women to keep them safe and connected. Soon, they also realised that the problem is worldwide and that gave a major push to their motivation.

Today, Leaf Innovation has become one of the leading companies from India working in the domain of wearable technology and the Internet of Things. The company has received multiple national as well as international awards for their ongoing work.

In an exclusive interview with us, we got Ayush Banka, Co-Founder - Leaf Wearables to share their startup's exciting journey over the last one year. Read on! 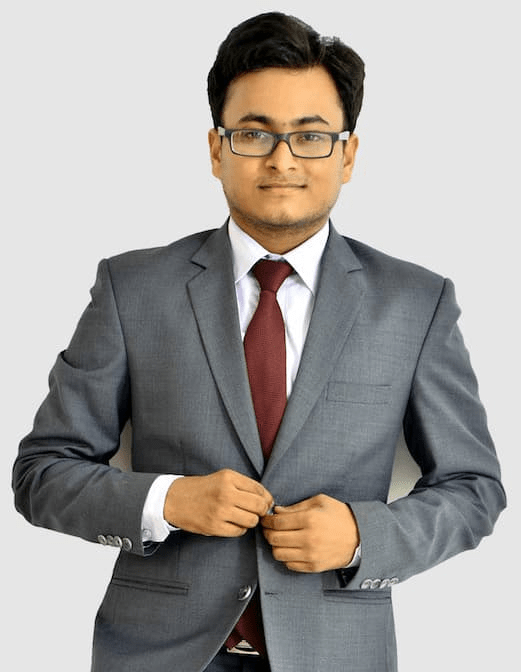 Ayush Banka: We have a great team of coders and designers who set their own bar and then smash their own standards of perfection and continuous growth. Nothing is possible without this group of young and talented individuals called leaflets.

It's the combination of diversity in thoughts, beliefs and a strong team bonding that really makes us the most promising young company.

We have also been blessed to have found great mentors like PS Sanjeev Kumar, Global RnD Head, Philips Lighting who have lived the whole journey with us.

CE: Why the name Leaf Innovation (or Leaf Wearables)?

Ayush Banka: That's an interesting one. People ask us about this question a lot and we love answering it. See, if you look at a Leaf it is very clean and simple from the outside, but it is the one with the most complex mechanism from inside. It can produce food of its own. When we were ideating on the name, we connected with this thought instantly and in no less than 5 minutes we all agreed and the name was freezed.

Same is the case with our products. To an user, it seems so simple from outside that he/she is unaware of the complex technology that goes inside of it.

Ayush Banka: Leaf was started from the heart and not the brain. We had a chance to bring the change and we didn't want to lose time on thinking whether we should do a startup or not.

But loads of research and planning went in after we started Leaf. First one was to get on-board a star team (gathering the Avengers). Then we did the competitors analysis. We made a huge matrix of all the existing solutions in the market and listed down their shortcomings. Then we ideated on our solution and made a business model around it. In order to validate our business model, we applied in various national and international competitions where back to back wins gave us the confidence in our solution and then we moved forward with full force towards building it. 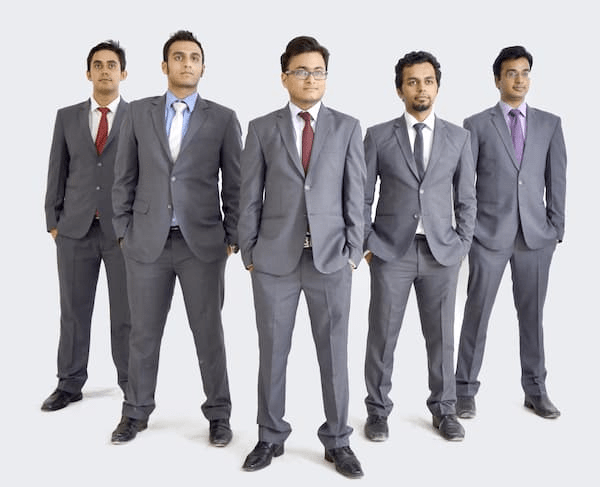 CE: What were the initial challenges that you faced while starting up Leaf Innovations? How did you tackle them?

Ayush Banka: Being a hardware startup, our first challenge was the intensive capital required to build the product. We started smart and followed the lean hardware methodology where we iterated the proof of concepts in-house by building few features at a time and getting it tested and validated by few sets of people. This allowed us to realise the possibilities and shortcomings of the product in the early stages.

Once we were satisfied by the functionalities we set out to seek the right set of people which was another challenge as you have attract great minds to work with you and take the company forward.

CE: How does the Leaf 'SAFER' works? Who can get benefited using it?

Ayush Banka: Using SAFER is very handy. We have developed it keeping in mind the different scenarios in which a user can use SAFER. SAFER uses the technology of Bluetooth Low Energy (BLE) to reduce the battery consumption of the phone.

Suppose you are walking down a street at night. In case of any distress, all you have to do is press the SAFER twice. This will send out an alert to pre-selected people called Guardians, who will then be able to track your movement in real-time on maps. The SAFER pendant works with the SAFER app on the wearer’s mobile phone.

Presently, SAFER is available in the form of a pendant and targeted to female population but soon we'll be coming up different versions like a clip-on and a bracelet. SAFER is the first product in the company's portfolio but we have plans to venture into the wearables for kids and elder safety in the near future. 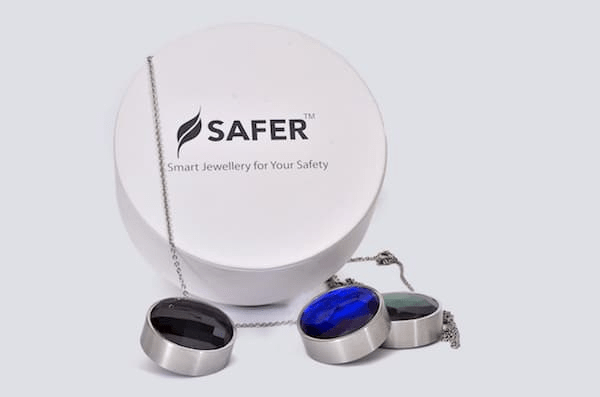 CE: What was the major turning point in the journey of this startup? Who was your first big client and how was the experience of dealing with them?

Ayush Banka: The major turning point for us was the day when we hired professionals without any angel or VC funding. We used to bleed our own money and that changed a lot of things for us.

Our first big client was our first customer that we got on 10th April 2015 who paid INR 3500 for our product SAFER. No matter how many big clients we get in future, she will be our first and biggest client ever.

We just completed our crowdfunding campaign which had a goal of 5 lakh. It was a one month campaign on Asia's biggest crowdfunding platform named Ketto www.ketto.org/safer where people all over India pre-ordered SAFER.

We learned a lot about user expectations and user behaviour in this past one month are working towards to incorporate in the product.

Ayush Banka: It is overwhelming till now. People are understanding the value SAFER will bring to their lives and they are connecting with our mission of making 1 million SAFER families by 2017.

We were doing the test run with around 20 people and are improving the product constantly based on the user insights. We have improved our mobile app greatly and just launched the first private-beta on 10th Oct. You can visit www.leafwearables.com/private-beta to register yourself as a beta tester. You can be the first one to get the inside view of the SAFER ecosystem.

CE: How big is the Leaf Innovation team at the moment? Where do you operate from?

Ayush Banka: We are currently a team of 15 members operating from Leaf Zone (our HQ) in Greater Kailash, South Delhi It's a spacious and a good place to work at. We are soon going to upgrade the interior and add more fun to the place. 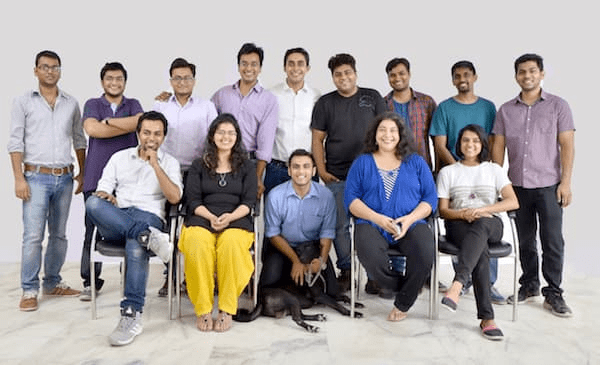 Ayush Banka: I am fond of reading about inspirational companies like Apple, Amazon, Tesla, Facebook etc and the great innovative minds. How they changed the world and made an impact.

For me, this is the best part of being an entrepreneur where you are actually dealing with the problems that you see around. And you work with a very diverse team to solve it.

CE: If not for 'wearables' domain, what other domain do you find exciting to start a business in?

Ayush Banka: I am very much fascinated by the concept of Smart Buildings and I strongly believe that it is soon going to be an important part of our lives. What you see around are the buildings where a human spends almost his entire life be it the home/office/coffee shop or whatever. Apart from giving the shelter these buildings doesn't provide much of the insights to you, they don't actually know you.

With the advent of technology where everything is getting personalised, I could see that in future when you'll enter your home, the whole ambience of the home changes according to your mood, how your day was or how much sleep you require tonight. That is just just one example, and you can think of multiple possibilities that can happen when you'll have your own smart home that really understands you.

Ayush Banka: Our vision is to build an ecosystem of safe and connected people. SAFER is the first major step towards it. I would ask all the amazing readers to join us and be a valuable part of this journey. You can take the first step by registering yourself for the beta launch that is started from 10th Oct on this link -www.leafwearables.com/private-beta There is a quote that I relate a lot with-"Future is brighter than you can think of and this is just the beginning."