CrazyEngineers Staff · 08 Feb 2015
Founders Circuit Team
"The only message I want to give is that there is no right time to start a company. Start as early as you can because the learning will only begin once you take the dive."
- Arpit Jain, GreedyGame

GreedyGame.com is a computer games company founded in the year 2014 by Arpit Jain and Arink Verma. With an intention to increase retention of players and create more user engagement, GreedyGame has made a platform for making the game dynamic and localized based on events, locations and time of the day the game is played.

In an exclusive interview with CrazyEngineers.com, we got Arpit to talk about his experiences at GreedyGame, what made him quit his job at PayPal, the team's values and goals at GreedyGame.com, their primary source of income and a lot more. Arpit also discusses about the hardest thing he has ever done and how that helped him become a successful entrepreneur. Read on! 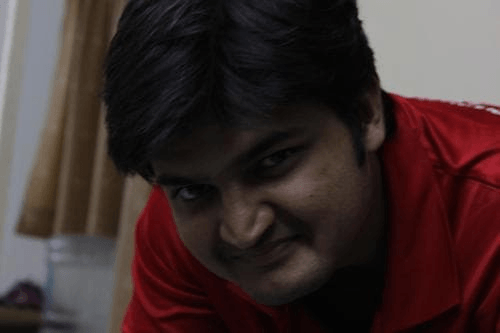 CE: Hi Arpit. Could you give our readers a brief overview of GreedyGame.com?

Arpit: At GreedyGame, we are creating the most effective way of brand advertising on mobile platform without distracting the users. We provide a platform for dynamic in-game advertising in mobile games. So, brands can sponsor game sessions by branding characters, powerups and backgrounds within games and game publishers get an additional source of monetization by allowing branded real estate in game. Gamers get rid of frustrating banners, popups and interstitials while playing the game.

CE: How did you come in contact with Arink Verma, your co-founder at GreedyGame.com?

Arpit: Me and Arink graduated from the same college, IIT Ropar. We got together at Enactus, a social entrepreneurship society cofounded by me at college. We worked on couple of projects together and we knew that we have to do a startup together. Since then, this is the third concept that we started working on.

CE:  You were a software developer with PayPal prior to co-founding GreedyGame.com. What made you quit your job?

Arpit: Entrepreneurial bug was always there since college days, when I tried working on couple of ideas, but they didn't turn out successful. I was lucky to join PayPal straight out of college as I got to experience the culture of a product company and learned a lot of good practices there. As I was completing my first year there, the concept of GreedyGame struck, and I could not think of anything else. I had to try it out full time.

CE: What are your values and goals at GreedyGame.com?

Arpit: Our goal is to see mobile free of intrusive advertising. We want to make advertising possible on mobile without spoiling user experience. We are a very young and small team. We try to imbibe what we think are good values in other companies.

CE: If you knew the world was ending in 2020, what would you do differently?

Arpit: From the company's point of view, I don't think we would be doing much differently. Personally, I would worry less about going to the gym if I knew the world would end in 2020.

CE: What would you name the autobiography of your life?

Arpit: I am not much of a book person, I hardly remember the last autobiography that I read. I don't think I would ever write one.

CE: What is the hardest thing you have ever done? How did it help you to become a successful entrepreneur?

Arpit: I think that the whole experience at IIT Ropar has a lot to do with me following this path. Being a new IIT, it was extremely hard and challenging, and at the same time, a lot of things were depended upon first batch of students. With the kind of problems we faced and solutions we came up with, I believe a lot of my batchmates are going to start their entrepreneurial journeys at some point of time.

CE: What is the primary source of income for GreedyGame?

CE: Is there anything you absolutely refuse to do under any circumstances?

Arpit: We try not to do things/add features which are temporary and are not in our product plan down the line.

"Don't quit on your dreams no matter what anyone says" -Cemal Samsilova,Founder,Revocharge

Work towards your strengths, surround yourself with the best people, and believe in yourself." - Sag...